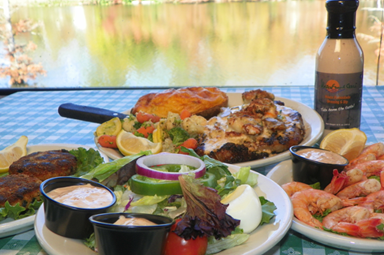 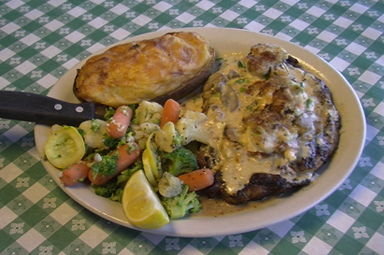 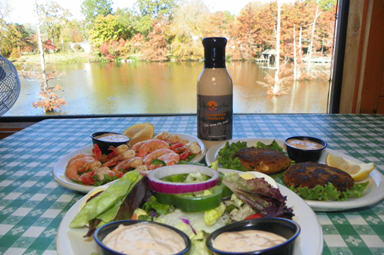 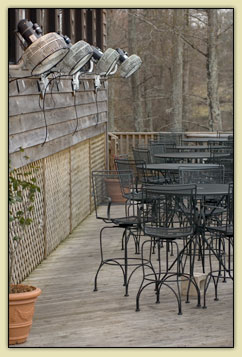 About The Waterfront Grill

Food, Family & Fun Featuring upscale dining in a casual and beautiful bayou setting. The Waterfront Grill has quickly taken its place among Monroe ‘s elite restaurants. Since opening on Valentine’s Day of 1997, this eatery has carved out a niche that residents and visitors alike find delectable – while totally casting aside the need for a frying pan.

What We Do Best

Featuring the highest quality steaks plus an assortment of savory seafood dishes either grilled, baked or sautéed to perfection – then covered with the irrepressible Rahkee sauce upon request. The Waterfront’s appeal became known throughout Louisiana when brothers Don and Sam Weems – along with Don’s son, Clay – were chosen state “Restaurateurs of the Year” for 2002. The prestigious honor wasn’t a surprise to local patrons who have watched the Weems family weave their magic touch on a tempting menu that pleases the palates of a very discerning clientele. Customers and friends – who are really one and the same – include a cross-section of local and area residents plus travelers from everywhere who have heard about “Catfish DeSiard” and other assorted delicacies. 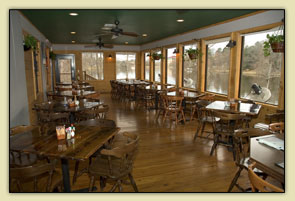 Setting out initially “to provide Monroe and this section of the state with a restaurant that features a friendly atmosphere, beautiful setting and good food at an easily accessible location,” the Weems have accomplished all these goals and done so in a building that holds much history for Monroe . The structure dates back to the 1930’s when it was originally called “The Three Mile Inn,” referring to its distance from Five-Points where Louisville Avenue and DeSiard Street meet – and also where the first owner had to go to secure a liquor license. In the 1940s, when Selman Field became an important Air Force base, the building became the No.1 local R&R spot for soldiers who deemed it the NCO (Non-Commissioned Officers Club). It featured a glass-bottom dance floor just above water level and provided a great atmosphere for young servicemen throughout the country. It also often displayed the talents of such visiting mega stars as Tommy Dorsey, Glen Miller, and Ozzie & Harriett, all eager to entertain our country’s troops. In the 1950s, the facility became known as The Siesta Nite Club and mostly featured country and western music. Beginning in the 1960s and continuing on through the 1990s, the emphasis moved toward college students and The Siesta became one of the most popular hangouts in town. It was during this time that the bayou section was added.

Don, Sam and Clay Weems made their decision to “do business together” about 1994, purchased the building in 1996 and immediately began a massive renovation that resulted in The Waterfront Grill. Seating was increased dramatically with a major expansion in 2003 that included the addition of the West Wing for large groups and the Deck, which seats another 30 at the bayou’s edge. The Weems, who began with 5 kitchen employees and 7 waiters, now have 25 employees on hand daily. They have always included college students in their master plan and by 2004, some 35 young people had earned degrees from ULM while working at The Waterfront. What began as a family concept remains that way today. And you, the customer, are a major part of that family.